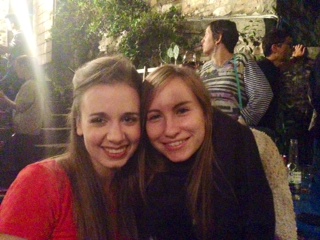 I do not think I have the words to adequately express my gratitude for the incredible opportunity you have given me. I knew that I had been blessed from the moment you gave me the scholarship, but it was only during my time in Perugia that I realized just how much.

I studied in Perugia for the month of August 2014, and I arrived there with enough Italian to be placed in the upper-intermediate course (B2). It was the greatest thing that could have happened to me. My classmates became very close-knit in a very short amount of time. We came from all around the world: the United States, Australia, Thailand, North and South Korea, France, Switzerland, Spain, France, Belgium, Austria, the Netherlands, Hungary, and Romania. Although we were all from different countries, those very differences united us: all of us foreigners in Italy.

After a long day of classes, we loved going out together to experience Perugia. I have so many fun memories of evening “passeggiate” with gelato, watching a theater production of Pinocchio outdoors (performed in the Perugian dialect), “aperitivi” in garden bars, tiramisu at Sandri, and pizza on the steps of Piazza IV Novembre. On the weekends we would go explore Umbria, where we all discovered breathtaking new cities like Assisi and Gubbio.

We had so many interesting discussions comparing and contrasting our home countries, all in Italian of course. Even those of us who had the capability of speaking English made sure to speak only Italian together. After 5-8 hours of class every day and all the time I spent speaking the language with my friends, Italian quickly became natural to me, and I could communicate easily with everyone that I met.

My improvement was extremely apparent when I went to visit my Italian family for a weekend. Ever since I was a little girl I would spend every other summer visiting them in their small, southern town. It is so small that they have never had a reason to learn English, which was extremely frustrating when I could not speak a word of Italian. It was only after I started studying their language that I could finally have any sort of deep relationship with them. This desire to know them drives me to study Italian, and so it was deeply satisfying when I could go there during that month in Perugia and communicate with them far more easily than ever before. My uncle even said I spoke better Italian than he did!

I still made mistakes, but I was no longer afraid to do so. This newfound confidence is something that I will carry with me for the rest of my life. It has already helped me as I study here in France. How much easier it is to learn French without massive inhibitions holding me back! I sometimes use Italian words instead of French ones, but I take that as a good sign that what I have learned in Perugia is well-ingrained in my mind.

I was only there a month, but Perugia became a home for me. My classmates and I have a Facebook page to stay in touch with one another, and I am certain that I have made some friends for life. My time in that beautiful city will be forever in my heart, and I am so excited for the next person who will have a chance to create memories there. Soak it in, because it is truly a once-in-a-lifetime experience. 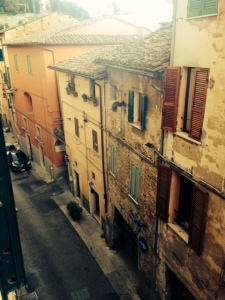 View all posts by grsistercities